wow.  it has been over three years since i posted on here.


in 2011 my stomach went crazy and i had to take two years off from work.  about a million tests, procedures and medications later, i am back on my feet and back to work.


sascha the clinically overweight doberman croaked on 5/21/13.  i took her out to potty, gave her a treat, took a 30 minute nap and when i woke up she was crumpled in the hallway dead.  so lame.  i miss her every day.


i have relocated to delaware, which is unfortunate, but i have a great job at a big dealership here and i have managed to make some great friends.

still insanely close to #thealphajohn......he has been my rock through my illness.  cheese and cliche i know, but i really do not think it is possible to have someone better in your court than him.  i will never be able to repay the kindness, concern and support he has given me the past two years.


you can find me on @instagram my user name is @carguyandrew

i've attached some photos for your enjoyment.   i'll try to update this on a regular basis moving forward. 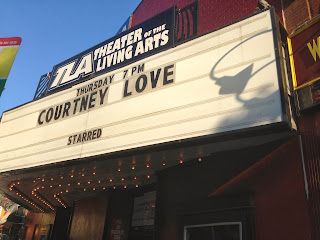 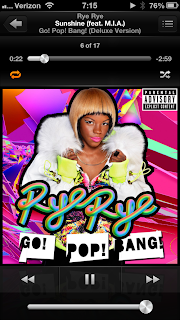 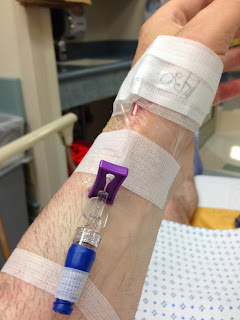 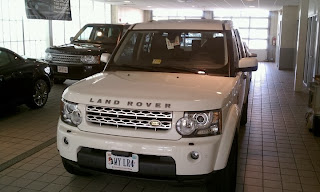 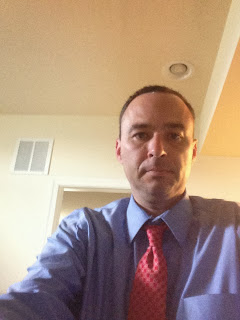 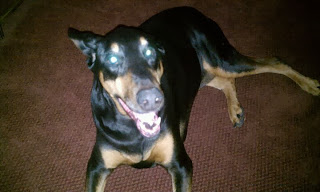 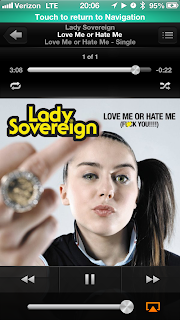 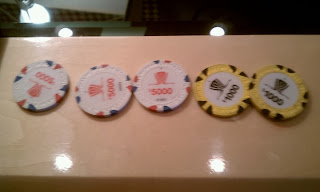 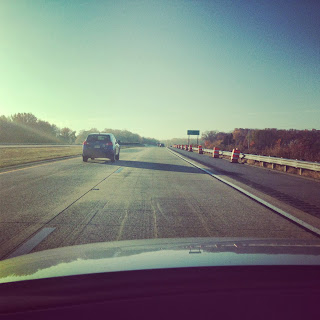 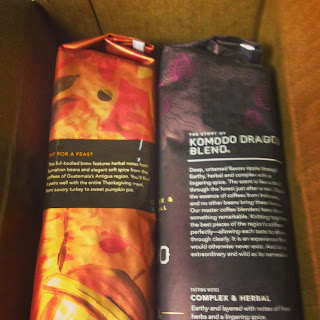 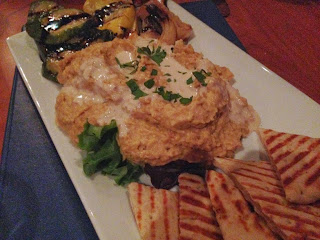 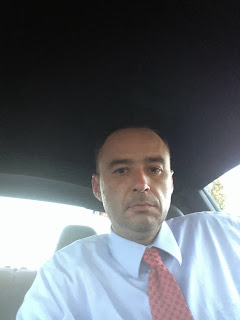 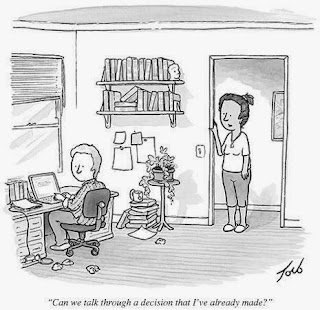 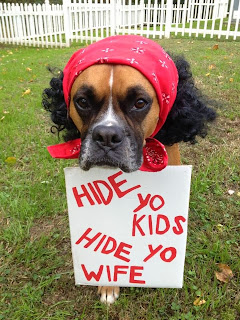 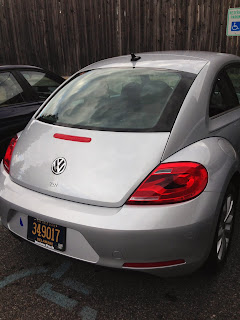 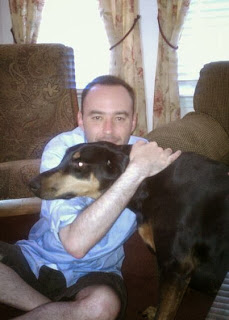 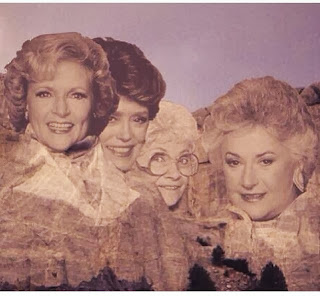 i kinda forgot i had this thing up here. anyway, i'll give you a quick update. moved to fairfax, right by the wegmans. was a bitch to find an apartment that would take sascha, but i finally played lets make a deal with the apartment manager until he gave in and let me have my dog here.

still in the car business.....finance manager at fairfax hyundai. my stohlman days are over. i learned a lot and made a lot of money there, but in the end they stabbed me in the back and really fucked me over.

waiting for my latest toy to come. a 2010 land rover LR4, white with black interior, lux package. totally badass. it should be here in august.

i've been working a million hours a week, as it seems that hyundai is taking over the entire world and we are selling hundreds of cars a month. i finally get a vacation in june, so of course im going to vegas. staying at the wynn encore, comped, of course. im still a cheap jew and if you want me to gamble in your casino you're gonna have to pay for my room and food and shit.

anyway, i think that brings you up to speed for now. if you need to know more, you know where to find me.
Posted by AR at 23:07 No comments:

even though im really not happy with our candidate, today was really a good news day.  well, not completely.  i mean hurricane gustav kinda sucks and stuff, but still.  the sarah palin shit hit the fan today and it is completely delish.  word.
her 17 year old daughter is knocked up.  abstinence is key.  remember, don't teach sex ed.
hubby had a DWI.  well, at least he'll have something to talk to bush about.
thats right sarah, wrap yourself up in the flag and rail on about god, guns and gays.  i think you need to worry about your own house first, beeeyatch.
Posted by AR at 23:34 No comments:

well, its been 4 months since i posted anything, so i guess i should at least write something on here.  i guess i'll just give you a small update.
1.  i do *not* have obama fever.  hillary should have won.  i don't care if mccain picked a former beauty queen from fucking alaska, its still going to be a tight race.  i'll vote for the party in november, but this is the first election where i wont have a bumper sticker on my car and i'm not donating any money to our nominee.
2.  i got to see liz phair on thursday.  12th concert that i've been to.  very cool show.  played the whole set of exile in guyville plus an encore of a new song, one off of whipsmart and polyester bride off of whitechocolatespaceegg.  we got to the 930 club early, so we were right up front, maybe 10 feet away.
3.  i finally recovered from my leg surgery after 4 months of hell, $2000 in co-pays and $120,000 billed to kasier permanente, thank you so much.
4.  i am back working at stohlman, which appears to be my natural habitat.
5.  i am addicted to facebook for some reason.
6.  back to driving a jeep wrangler.  a 2008 sahara, 6 speed manual, soft top, black, navigation, 400 watt sound system.  love it, although the new top that chrysler developed requires a degree in rocket science to operate.  just even opening the flip top requires about 427 steps to complete.  i don't know why they changed it.  on my '03 you could open it in about 12 seconds.
7.  moved from kensington to ashburn, which im not particularly happy about.  long story.  those who need to know, know.  i'll be moving back to montgomery county as soon as possible.
8.  am very pissed off with lufthansa airlines right now.  was supposed to go to azerbaijan to visit friends, but they raised the airfare from $1200 to $2700 for no apparent reason.  so, i'll have to just keep checking every week and see if they change the prices back.  fuckers.
9.  i am going to be 36 in 3 weeks.  then it is just a downhill slide to 40.  depressing.
well, i guess that gives you enough information for now.  you'll just have to wait for more.
Posted by AR at 09:39 1 comment:

bitchin.....hillary took PA, possibly with a 10 point lead.  she has now won every major state in the primaries.  obama outspent her 3-1, and he still couldn't close the deal.
super delegates, its up to you.  pledge with hillary.....she is the one that can beat that creepy old man mccain.
i still have hope for this country after all.
i'll sleep well tonight.
Posted by AR at 22:54 No comments:

ok, one of my all time favorite records is turning 15 years old. i still remember in 1993 when i bought exile in guyville on cassette. it feels like yesterday when i just sat in my car and listened to the whole tape, completely in awe of what i was hearing.

It’s been 15 years since the release of the groundbreaking Exile in Guyville - and Liz Phair is marking the occasion by returning to her roots. Phair recently signed with the independent label ATO Records, which will release a special 15th anniversary edition of her landmark debut album on June 24th and her new studio album in the fall.

Exile in Guyville, which was out of print, will be available on CD, vinyl and - for the first time ever - in digital format. The special reissue package will include four never-before-released songs from the original recording sessions: “Ant in Alaska,” with Phair simply accompanying herself on guitar, “Wild Thing,” wherein she uses the melody and central line of The Troggs’ 1966 1 hit as a jumping off point for an otherwise all-original song, “Say You,” which features Phair and a full band, and an untitled instrumental with Liz on guitar. Phair has also just completed a new, 60-minute DVD, “Guyville Redux,” for the reissue.

In “Guyville Redux” - which features an introduction by Dave Matthews, founder/co-owner of ATO Records - Liz and the “guys” of Guyville take us back to the making of the album, the male-dominated, Chicago independent music scene of the early 1990’s (which included Urge Overkill, Material Issue, and Smashing Pumpkins), and the Wicker Park neighborhood where it all happened. Phair interviews Gerard Cosloy and Chris Lombardi of Matador Records, which originally released the record, famed indie producer Steve Albini, Ira Glass of NPR’s “This American Life,” John Henderson of the elusive indie label Feel Good All Over, Brad Wood (producer of Exile In Guyville), John Cusack (who founded the Chicago avant-garde theater group New Crime Productions), Urge Overkill, and more.

Conceived as a song-by-song response to the Rolling Stones’ Exile on Main Street, Exile in Guyville was released in 1993, and ranked 1 that year on both the Village Voice Pazz & Jop critics poll and Spin magazine’s year-end critics poll. Incredibly influential to this day, its place as a seminal rock album has been reaffirmed by its inclusion in countless historical “best of” lists over the past 15 years, including: Rolling Stone’s “500 Greatest Albums of All Time,” Spin’s “100 Greatest Albums, 1985-2005,” Rolling Stone’s “Women in Rock (the 50 essential albums),” Blender’s “Best Indie Rock Albums of All Time,” Pitchfork’s “Top 100 Albums of the 1990’s,” and VH1’s “Greatest Albums Of All Time,” to name but a few. Exile in Guyville is, in the words of Pitchfork, “a certifiable indie roadtrip classic.”

"Exile in Guyville’ is miles more complex than the porn-star manifesto it was often considered,” says Alan Light (former Editor-in-Chief of Spin, Vibe and Tracks) in an essay penned especially for the reissue. “Phair spoke for the uncertainties facing a new generation of women, struggling to find a balance between sexual confidence and romance, between independence and isolation…Exile in Guyville sat at the center of a culture in transition.”

well its about damn time

finally, obama is getting his nuts busted as bad as hillary from the press. its about time people realize that he's not the damn second coming. i'm sick and tired of him getting a free ride while hillary gets ripped apart at every turn.